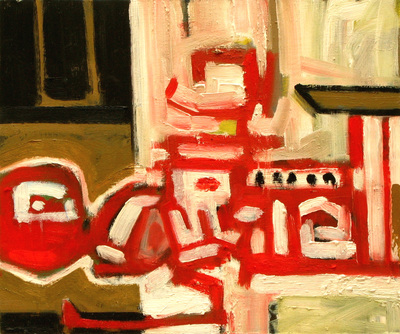 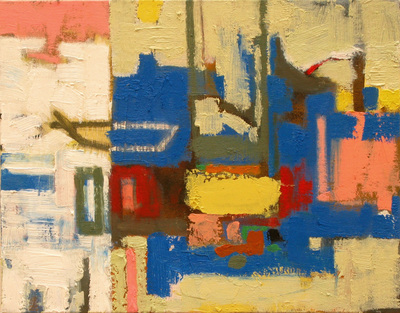 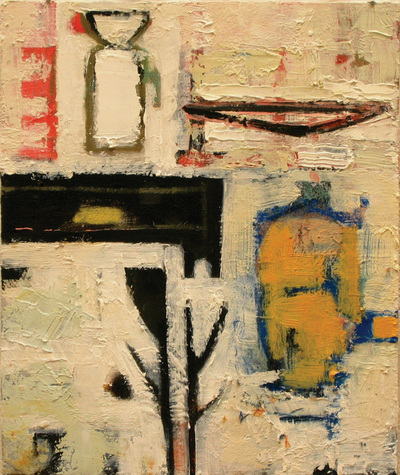 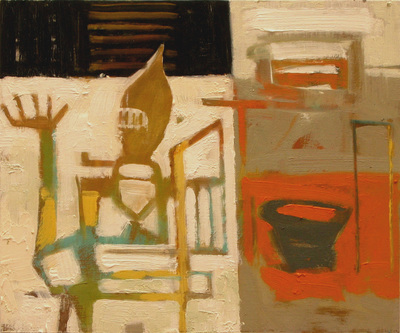 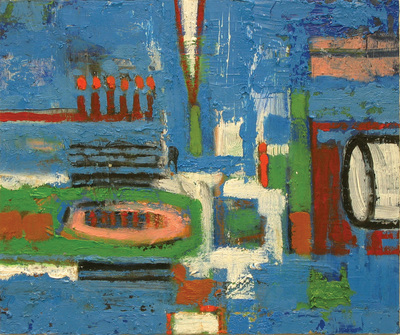 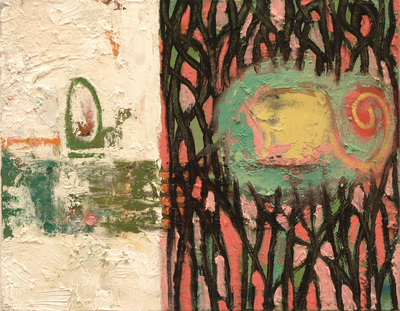 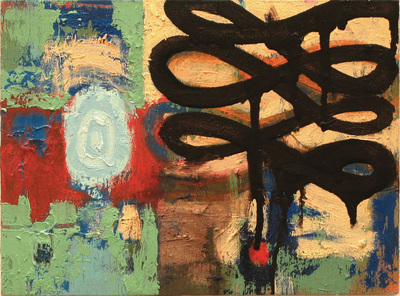 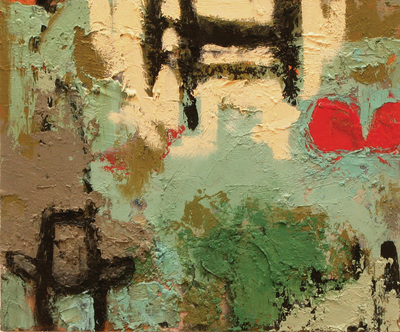 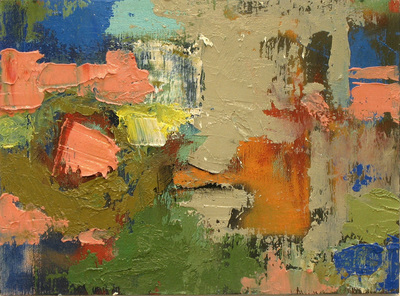 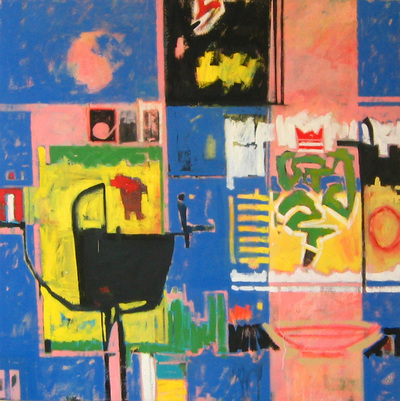 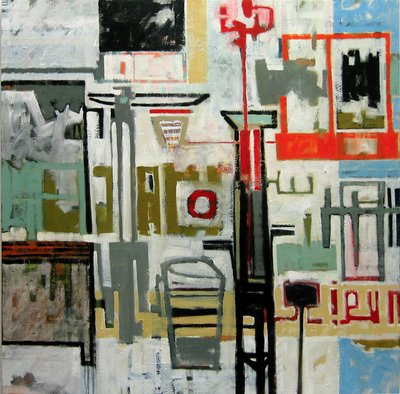 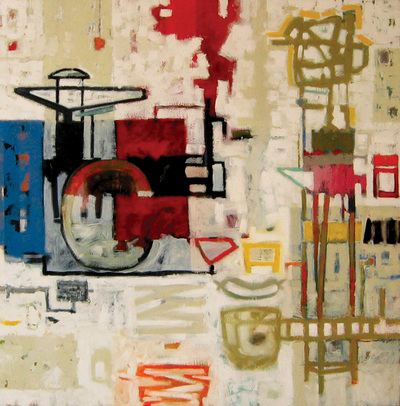 Richard Mongiat is a painter’s painter. As a painter myself, I consider making this claim to be the ultimate compliment. His paintings are lavish statements about colour, line, shape and energy. For me they map out the act of painting – the layering of pigment and imagery and, ultimately, the pressure and release of discovery.

There is an immediate, visceral appeal to Mongiat’s paintings. But this doesn’t mean that they reveal themselves immediately. On the contrary, it is a great delight to take the time to walk around in the textures and imagery. Shapes and forms bubble up to the surface. Fragments of line, pattern and colour come together to suggest something recognizable – is that an animal? A face? A baby carriage? But before you can define it, the shape slips away beneath the surface of the paint to reveal something else.

For Mongiat, process is everything. As a mature artist, he no longer sets out to make a painting “about” a specific thing or issue. There is no prepared map or plan. What’s important to him is the adventure to be had in discovering an image. In conversation, Richard is apt to compare his process of painting to being “lost in the woods” *. A little bit baffling, a little bit scary, but a lot exciting. To find his way out again, he relies on his intuition as he plays with colour and shape. Dead ends and cul de sacs get painted over. Hopeful leads are explored. Random marks are allowed to blossom into concrete imagery. In the end, the finished result is truly a survivor: five to ten other paintings may be layered beneath the surface.

In Richard’s own words, the painting is done “when it stops nagging me” *. In saying this, I don’t think that Mongiat is being fair to himself. At some point in its creation, all painting is based on adversity and challenge. My own sense of Mongiat’s paintings is more appropriately about real dialogue. Better still, it’s about the artist doing a dance with his materials. A line pushes one way, a shape pulls in another and Mongiat responds with a slap of colour – cha, cha, cha.

With dance in mind, rhythm and pattern are important aspects of these works. Despite their intuitive and organic beginnings, many of Mongiat’s paintings clearly present an underlying structure - a tenuous balance that holds the bits and pieces together. As Mongiat himself explains: “The paintings are constantly squabbling. The ordered and the messy jostling for supremacy” **

Structure is something that he both welcomes and resists. It can anchor a work. But warning signals go off as soon as he senses that his creative process is becoming predictable. He would much rather throw himself off balance and headlong into new territory. I have watched Richard’s paintings evolve over a number of years. To his credit, he is never comfortable with his own achievements and is always searching for a new approach, a simpler answer, a more “essential” solution. Before he finishes one painting, he is already looking ahead to the next.

“I don’t want to think of colour as ‘tasteful’. My colours belong in a dollar store.*

My lasting impression of many of Richard’s paintings is that of colour. Hot pinks slam hard into cool blues. Creamy whites carve a sinuous swath around hard saturated blacks. The effect is like that of lights blinking off and on – like a pinball machine flashing an extra game. These colours are not coolly contemplated abstractions. They emerge from Richard’s heart and guts – with an immediacy and urgency deeply rooted in the artist’s own past.

I began by asserting that Mongiat is a painter’s painter. This does not mean that you have to be a painter to enjoy his work. On the contrary, there is an immediacy, playfulness and innocence to his paintings that make them accessible to anyone who cares to look. Simply open yourself to the thrill of getting lost and being found again.

* from a conversation in the artist’s studio, August 2006
** from a statement written by the artist in 2006